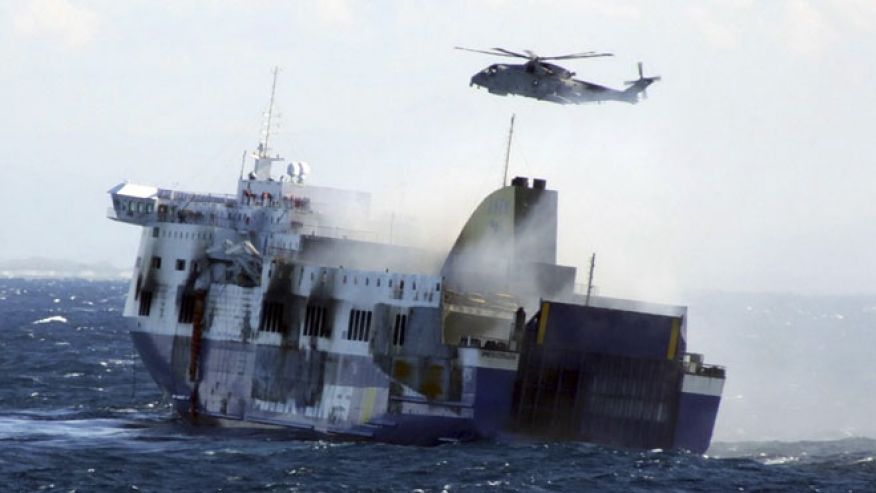 Ten people have died so far in a blaze that left an Italian ferry carrying 478 passengers and crew stricken off Greece’s Adriatic coast on Sunday.

Authorities said nine bodies were recovered from the water on Monday, a day after the body of a 62-year-old Greek man was pulled from the heaving sea.

According to manifest, more than 200 vehicles were also being transported the ferry.

Many of those rescued said the fire triggered panic which the crew appeared ill-prepared to deal with.