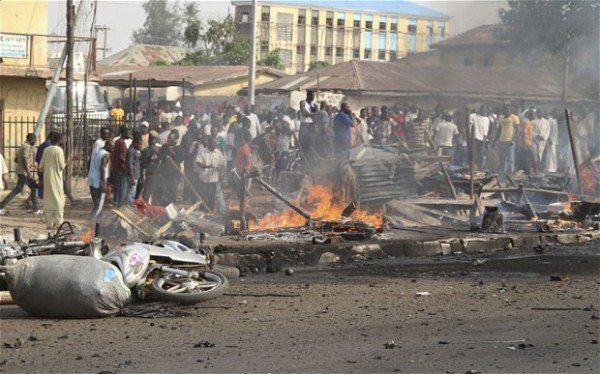 At least 26 people have been killed in two different explosions in Gombe and Bauchi states, Nigeria Monday.

Witnesses say 20 people lost their lives in the first attack on the Dukku Motor Park, Gombe, while another six were reported to have been killed in the second explosion 9 hours later at the Bauchi Central Market.

Meanwhile, Boko Haram has purportedly released a video, showing dozens of people that the group labeled as infidel, being executed at a school dormitory.

However, Boko Haram has not officially claimed responsibility for the video in which gun-wielding men were seen chanting ‘’Allah is great’’, while speaking the Kanuri Language. The language is associated with members of the sect.

Authorities in Nigeria had recently warned the public of possible attacks on some targets in the country ahead of Christmas and New Year celebrations following intelligence reports.