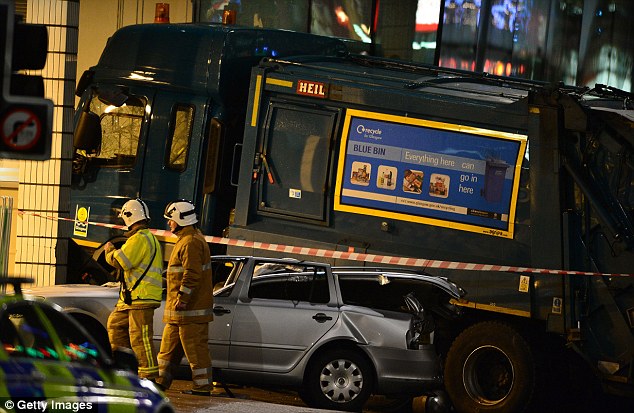 Six people were killed and eight others seriously injured after a bin lorry mounted a knocked down scores of Christmas shoppers before it slammed into a hotel wall in Glasgow, Scotland Monday.

Reports say the lorry climbed a pavement after the driver lost control at Gorge Square, running into passersby, including a baby in a buggy.

Meanwhile, police have said the incident was not terrorism-related, while investigation into the matter is ongoing.

Unconfirmed reports say the truck driver, who survived the crash, might have suffered a heart attack while driving.

Witnesses said the lorry was moving at high speed down the street and seeing the driver of the refuse vehicle slumped over at the wheel.