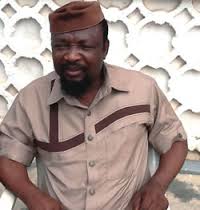 The All Progressives Congress – APC, in Ekiti State has alleged insecurity in the state has degenerated since Governor Ayo Fayose won the June 21, 2014 governorship election.

Petitioning the National Security Adviser – NSA, to President Goodluck Jonatha, the Ekiti State APC Chairman, Chief Jide Awe noted that, though, there were some insecurity breaches during the electioneering campaign, but declared that the situation got out of control since Fayose’s inauguration.

However, in a swift reaction to the petition, the ruling Peopls Democratic Party denied the allegations, claiming that it was an attempt by Awe to escape prosecution for sundry murder cases against him.

Part of the petition reads: “We are worried by the antecedents of these police officers when they served Governor Fayose between 2003 and 2006. Our fear is not without basis. A cursory look at the ‘Report of the Presidential Security Panel Investigation of Killings in Ekiti‎’ constituted by President Olusegun Obasanjo in 2005 succinctly leads us to the present fear, as state-sponsored terrorism rears its head again with particular reference to the same officers, who were indicted in that report and who have been recalled by Governor Fayose to his service in Ekiti State.”