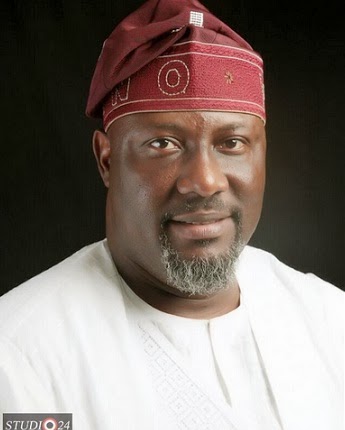 Controversial former member of the House of Representatives, Dino Malaye has scaled the first huddle as he stages a return to the House after picking All Progressives Congress –APC- ticket to contest the Kogi West Senatorial District in the 2015 general elections.

Malaye scored 2,077 to defeat Bidemi Adeyemi, who only managed to receive 326 votes.

He will attempt to stop Peoples Democratic Party – PDP- candidate and incumbent Senator representing Kogi West Senatorial District in the National Assembly, Smart Adeyemi from returning to the House.

Malaye had boasted in November, to defeat Adeyemi, whom he accused of failing in his representation of the district at the National Assembly in the last eight years.

Adeyemi, who is seeking reelection to the Senate for third consecutive term defeated his main rival Hon. Joseph Faniyi by 216 votes to 77 votes to win Kogi West senatorial district.