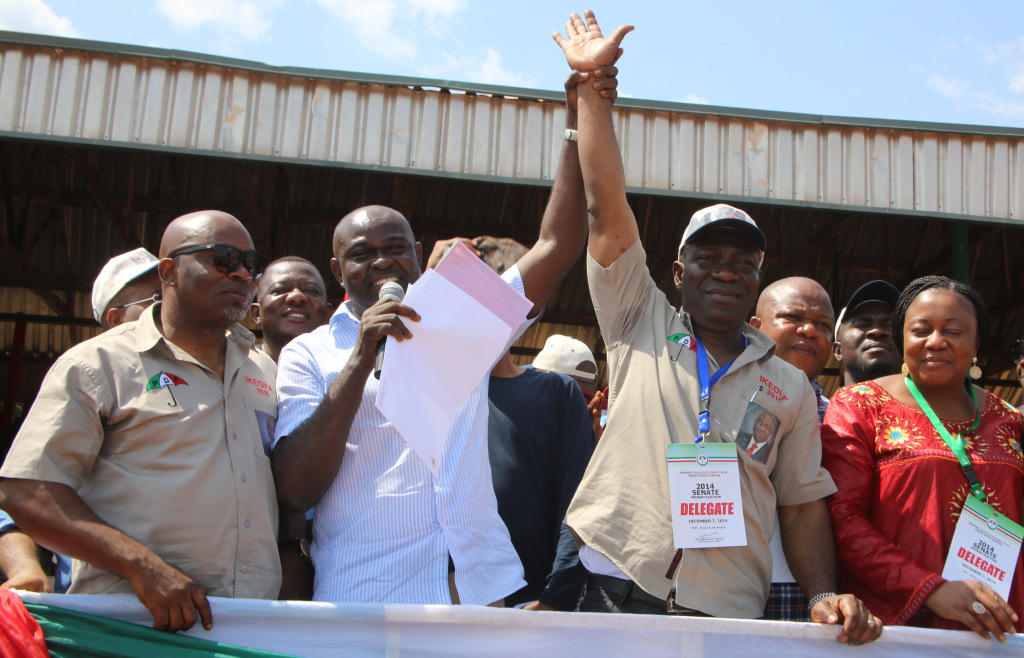 Ekweremadu, was returned 294 valid votes cast by delegates from all five local government areas in the zone.

The total delegates for Enugu Senatorial District was 315.

The Deputy Senate President used the occasion to announce the decision of the state’s PDP leaders to support Hon. Ifeanyi Ugwuanyi to emerge as the party flag bearer in Monday’s gubernatorial primaries.

He was full of praise for Chief Anayo Onwuegbu, who dropped his governorship aspiration to enhance the chances of party favorite, Ugwuegbu.