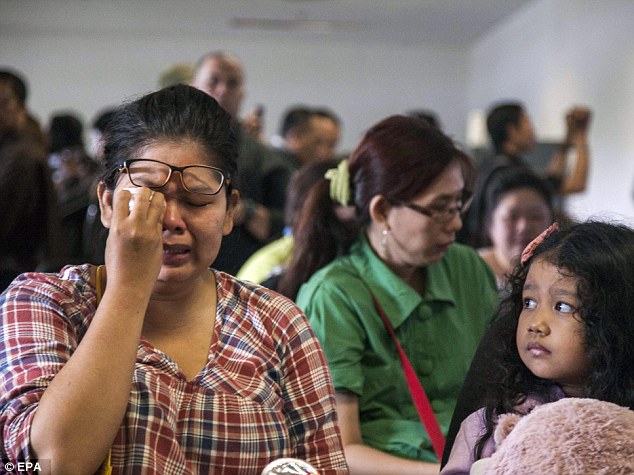 Reports from Indonesia have suggested that a missing AirAsia jet carrying 162 people could be at the bottom of the sea in between two Islands around the country.

Transport Minister Ignasius Jonan said the search was focused on an area 70 nautical miles square between the island of Belitung, off Sumatra, and Borneo island.

Jonan said the sea was only 50 to 100 meters deep in the area, which would be a help in finding the plane. Ships were hunting around the clock but aircraft would suspend their operations at dusk.

The flight QZ8501 did not issue a distress signal and disappeared over the Java Sea five minutes after requesting the change of course, which was refused because of heavy air traffic on Sunday.

Countries around Asia have sent ships and planes to help in the search for the missing plane.

Among the people on the plane were 155 Indonesians, three South Koreans, and one person each from Singapore, Malaysia and Britain.

Meanwhile, anger has been growing among about 100 relatives of people on the flight in Surabaya as they troop to crisis center at the airport in Indonesia’s second-largest city.

Indonesian vice president has appealed to the relatives to be calm, saying that the search by 30 ships and 15 aircraft, about halfway between Surabaya and Singapore, was being hampered by bad weather.