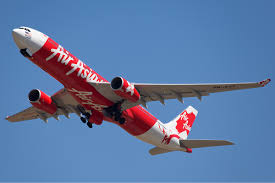 There are indications that debris from the missing AirAsia Flight QZ8501 may have been spotted by a search team as television showed pictures of objects that could be from the jet.

An aviation official at the Transport Ministry said on Tuesday that they are investigating a patch of debris that was spotted off the coast of Indonesia’s Central Kalimantan province.

Some of the photos that are being examined by authorities authority showed at least one triangular metallic object floating in the water.

Ships, planes and helicopters have been searching for flight since it went missing over the Java Sea on Sunday.

The flight, which was on its way from Indonesian city of Surabaya to Singapore had 162 people on board.

The AirAsia flight lost contact with air traffic control shortly after the pilot requested permission to turn and climb to a higher altitude because of bad weather.