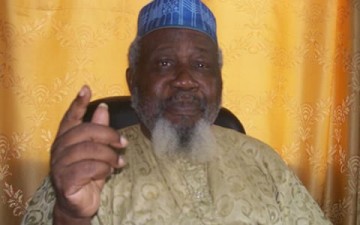 …Says Corruption is escalating in Nigeria

Justice Akanbi said while giving a speech at a public lecture in Ilorin, Kwara State that the fight against corruption has been completely relegated, adding that most state governors and governorship aspirants do not truly have the intention to serve the people.

Speaking on the theme ‘’Corruption –The Bane of Our Society,’’ Akanbi, also a former President of the Court of Appeal questioned the integrity of the country’s legislative and judicial arms of government, alleging that they are not corrupt free.

“It is apparent that many of them want to enrich themselves because they know that when you go there you make money and become wealthy. Ditto, going to the legislature. Yet, people are suffering, there is no development. There is corruption; kidnapping and the ills of the society have gone on the ascendency.’’

“Honestly, in terms of these governors, who have been arrested? We know about ‘Oduahgate’, and the billions of naira that Sanusi alleged that was missing. The terrible thing is that the judiciary is not helping the matter either,’’ Akanbi said.

“The indices are that the moments are dark, the clouds have thickened, corruption is escalating. And we cannot pretend.