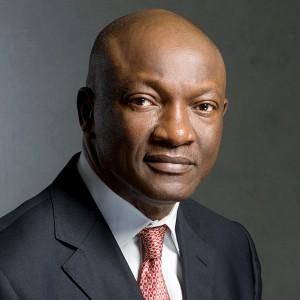 PDP announced this through a statement signed by Agbaje’s director of campaign, Felix Oboagwina in Lagos Sunday.

In her acceptance statement, Alhaja Abdul Kareem said she would complement her the governorship candidate and assist in ushering an atmosphere devoid of intimidation and human rights abuses into Lagos State.

The trained teacher described Agbaje as the change the people of Lagos needed.

She said: “Mr. Agbaje is an amiable personality. A complete gentleman. I hope I can really complement him and assist him in winning the 2015 elections because Lagosians need a change in government.”

She described DPDP’s chances in the governorship polls as ‘’very bright,’’ adding that herself and Agbaje were entering the race at a time Lagosians wanted to break the shackles of subjugation that had held them bound for 16years.

She attended Government teachers college from 1975-1980 where she obtained a Teacher’s grade II certificate before proceeding to the Federal Polytechnic Ado-Ekiti from 1985 to 1987 for an Ordinary National Diploma – OND, in accounting.

She obtained the Higher National Diploma certificate –HND, from Kano state polytechnic and a postgraduate degree in Financial Management from the university of Ado Ekiti in 2006.