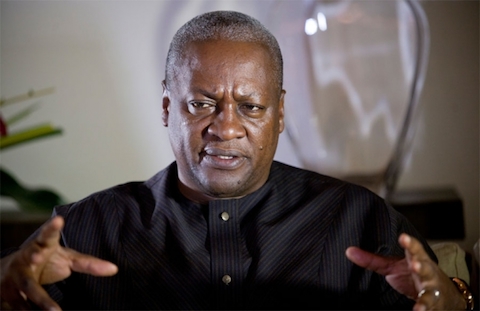 Ghana president John Dramani Mahama says the ruling NDC will win the 2016 elections in the country.

President Mahama made the statement while addressing the 8th National Elevate Congress of the ruling NDC at the Baba Yara Stadium in Kumasi said the party’s only focus was to improve the lives of the people.

Mahama however, said he was mindful of the challenges the country was facing, while noting that the government was working hard to tackle them.

He called for continued support of his party members to ensure that the agenda set by the government to transform the county became a reality.

‘’I am glad to observe that notwithstanding the temporary challenges we are facing, your party is making remarkable success in many sectors of our national life,” he said.

According to the president, the achievements were there for all to see, as he boasted of some of the projects that the NDC government had delivered since assuming power. The projects included water, health, roads, electricity and education among others.