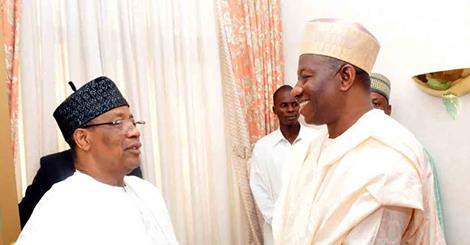 President Goodluck Jonathan has described Former Head of State, Gen. Ibrahim Babangida as a statesman whose experience the country needs to move forward.

Jonathan said during a visit to the former Military ruler in Minna, Niger State on Friday that the purpose of his trip was to listen to Babangida’s suggestion on how to run the affairs of the nation.

“First and foremost, I have to use this opportunity to appreciate our leader, President Babangida for his leadership. His commitment to ensuring that this country is united and we leave in peace,’’ he said.

“He is one of our experienced leaders. As somebody who is sitting where he was before, I need to see them from time to time to listen to their suggestions. That is one of the areas how we can collectively move the country forward and ensure that Nigerians live in peace. That is the key thing and I am quite pleased that we had fruitful discussion.

Describing Gen. Babangida as his father, Jonathan said he was happy to see the former leader back in the country after receiving medical treatment abroad.

In his speech after a closed door meeting with the President, Babangida openly threw his weight behind Jonathan’s ambition to remain in office for another four years, saying the Nigerian leader means well for the country.