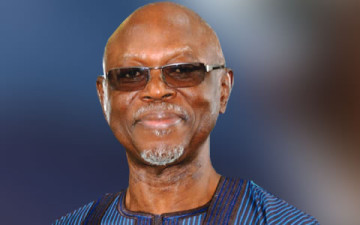 The National Chairman of the All Progressives Congress – APC, Chief John Odigie-Oyegun has described any Nigerian who opposes the party’s Presidential candidate for the 2015 election, Gen. Muhammadu Buhari as ‘’corrupt.’’

Oyegun made this statement while reacting to speculation during a chat with journalists in Benin on Monday that Gen. Buhary intends investigate and prosecute political office holders if he wins next year’s election.

The APC chieftain said that those opposed to the return of the former military ruler are people who are currently profiting from corruption in the society.

“But it is clear that from the Buhari’s perspective and that of the APC, the future of the people of this country is too important for us to spend valuable time trying to dig into the past.”

Chief Oyegun said Nigerians have the choice of either aligning themselves with the change APC desires, or remain with what he describes as ‘’business as usual.’’

He said a line will be drawn between the past and the future after May 2015.

“If you are part of the future – part of change, part of changing the society from all these deliberate ills that have brought us to our kneels, you are our friend. You have nothing at all to fear. We don’t have time to go digging into the past. The future of our people is the challenge that we have; not the past.