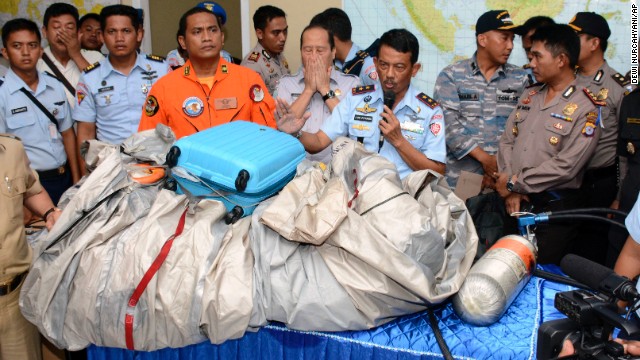 Debris and three bodies of passengers on the missing AirAsia Flight QZ8501 were Tuesday recovered from Indonesian waters, three days after the jetliner disappeared.

According to Indonesia Search and Rescue Agency chief, Bambang Soelistyo, the discovered bodies were those of two women and a man.

Soelistyo said confirmed that debris from the aircraft was found in the Karimata Strait between Sumatra, Java and Borneo, a large island shared among Indonesia, Malaysia and Brunei.

The discovery of debris and a body floating in the water was shown live on Indonesia’s TV One, causing some family members of passengers watching at the crisis center at Surabaya’s Juanda Airport to break down in tears. At least three women were carried out on stretchers.

The president said his country “will focus on recovery of passengers and crewmembers.” He also thanked Australia, Singapore and Malaysia for their assistance in the search operations.