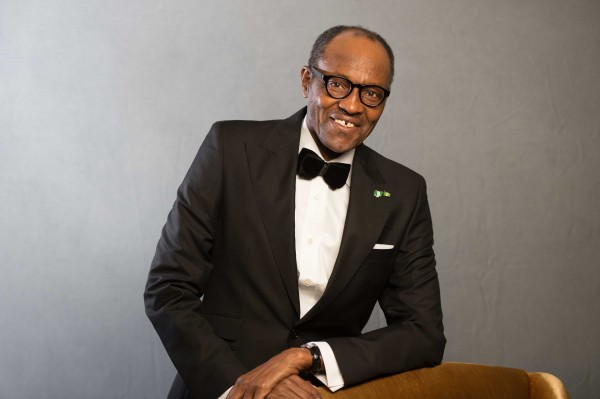 All Progressives Congress (APC) presidential candidate, General Muhammadu Buhari, has expressed displeasure at what is described as ‘’grotesque characterization’’ of his personality by the ruling People’s Democratic Party (PDP).

The former military ruler, who is widely tipped to pick the opposition party’s presidential ticket for next year’s election made this known in a press release signed by Engineer Rotimi Fashakin for Buhari Support Organization.

General Muhammadu Buhari, GCFR, is disheartened by the grotesque characterization of his personality in a statement, released on 3rd December, 2014 by the People’s Democratic Party (PDP). He is horrified by the bare-faced falsehood, insidious fallacy and scurrilous untruth contained in the press statement of the ruling party, just for the purpose of cheap political agenda; bearing similarities with the despicable Emperor Nero who was fiddling while Rome burned.

It is true that under Muhammadu Buhari presidency, Insurgency shall not only be exterminated but Nigerians shall experience security in all ramifications as envisaged by the drafters of the Nation’s constitution in section 14. The reason is that the same patriotic zest and zero-tolerance for indiscipline and organized crime are still resident in the persona of the amiable elder-statesman. It is an irreproachable fact that Boko Haram insurgency has assumed this intolerably dangerous dimension, in the last four years, because this regime has chosen to play devious politics with a national calamity. The same known founders of the dreaded insurgency group have become the confidantes of the President. On September 9, 2014, in Djamena, Chad, Nigeria’s president, Chadian President and one of these elements were photographed in a meeting together. At that time, the All progressives congress (APC), through the spokesman, Alhaji Lai Mohammed, said inter-alia: “This action by President Jonathan confirms what the APC has always believed: That the President either knows more than he is willing to admit on the issue of those who are behind the Boko Haram insurgency or he is willing to sacrifice the battle against terrorism on the altar of political expediency.”

Whilst Nigerian villages, schools and markets were easily overrun with maniacal fury by the insurgent group because of inadequate security, this same individual enjoyed very large armada of security men provided by the government of Dr. Good luck Jonathan!

Aside his show of undisguised patriotic love for Nigeria in his glorious career in the Nigerian military, General Muhammadu Buhari has always shown statesman-like interventions at critical times in the nation’s current democratic order. On 14th January, 2010, whilst a tiny cabal tried to hold the entire Nation to ransom, thus preventing the VP Good-luck Jonathan from assuming the role of Acting President, General Muhammadu Buhari led a delegation of patriotic Nigerians to the Senate, with a passionate plea to the upper Legislative chamber to do the needful for the continuity of governance in the country. The subsequent invocation of doctrine of necessity by the senate saw Dr. Goodluck Jonathan being sworn in as acting President of Nigeria with full executive powers!

On 8th May, 2014, after the abduction of over two hundred and seventy school girls in Chibok, Borno state and, as part of rallying the citizenry towards cooperation with the Federal government in the fight against Insurgency, General Muhammadu Buhari wrote inter-alia: “Let these people know that the entire civilised world is united against their terrorist act. We are grateful to the world for standing by Nigeria at this trying time. We hope and pray that the young ladies will be reunited with their respective families in the days to come”

“Now is not the time to play politics. Now is also not the time to trade blames and amplify our ideological differences. The unity of Nigeria is not negotiable and nothing should divide us as a people.”

Without a doubt, the PDP leaders are awfully wrong in believing that their blinkered view of the Nation’s affairs, due to the affliction of selective amnesia, can detract from the determination of Nigerians to use their votes to effect the desired change in the leadership of the Nation in February, 2015. Indeed, Nigerians are angry and cannot be swayed by the mendacious narrative of the apparatchiks of a sinking ruling party.

At 71, General Muhammadu Buhari is still irrevocably committed to the wholesome well-being of Nigerian people in livable environment under a secure Nation space. He is therefore unfazed by the deliberate antics of traducers in the gravitation towards achieving this burning desire.