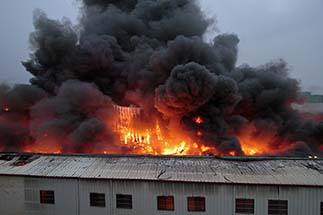 A sugar-cane vendor has been killed in an explosion that rocked Arikime Primary School playing ground in Potikum, Yobe State Sunday evening.

The vendor mistakenly stepped on the Improvised Explosive Device – IED, which eye witness believed was targeted at people who gather to play football at the ground every evening.

Reports say the explosive, which was buried into the ground before being detonated was brought to the football field in a wheel barrow.

Although, no group has claimed responsibility for the bombing, but many in that area have alleged that it was the handiwork of the dreaded terror group, Boko Haram.