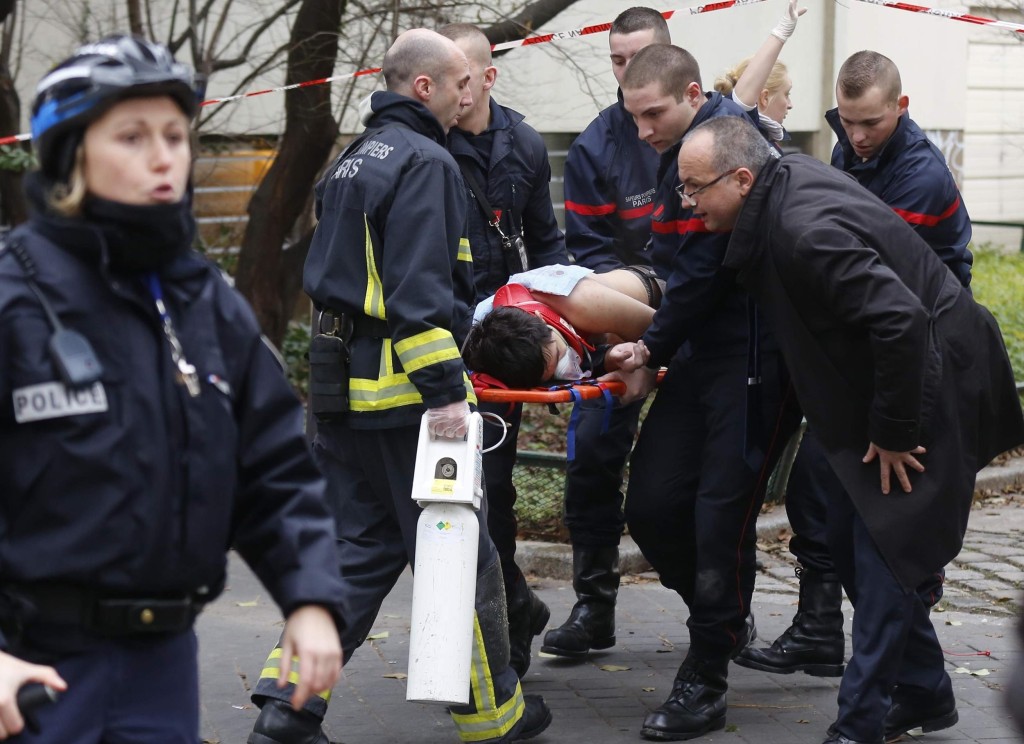 Three masked gunmen stormed the Paris offices of a satirical newspaper Wednesday, killing 12 people, including its editor, before escaping in a car.

According to witnesses, two armed and masked men walked into the headquarters of the Charlie Hebdo magazine and opened fire in the entrance hallway, Shouting “Allahu akbar!” as they kill people.

The attackers reportedly sought out members of the newspaper’s staff by name during the rampage which lasted between five and 10 minutes.

The men also spoke flawless, unaccented French in the military-style noon-time attack on the weekly newspaper.

France President Francois Hollande in his address to the nation called the slayings “a terrorist attack without a doubt,” and promised to get the attackers arrested.

He pleaded with his compatriots to come together in a time of insecurity and suspicion.

“Let us unite, and we will win,” Hollande said.

Fears have been running high in France and elsewhere in Europe that jihadis returning from conflicts in Syria and Iraq will stage attacks at home.