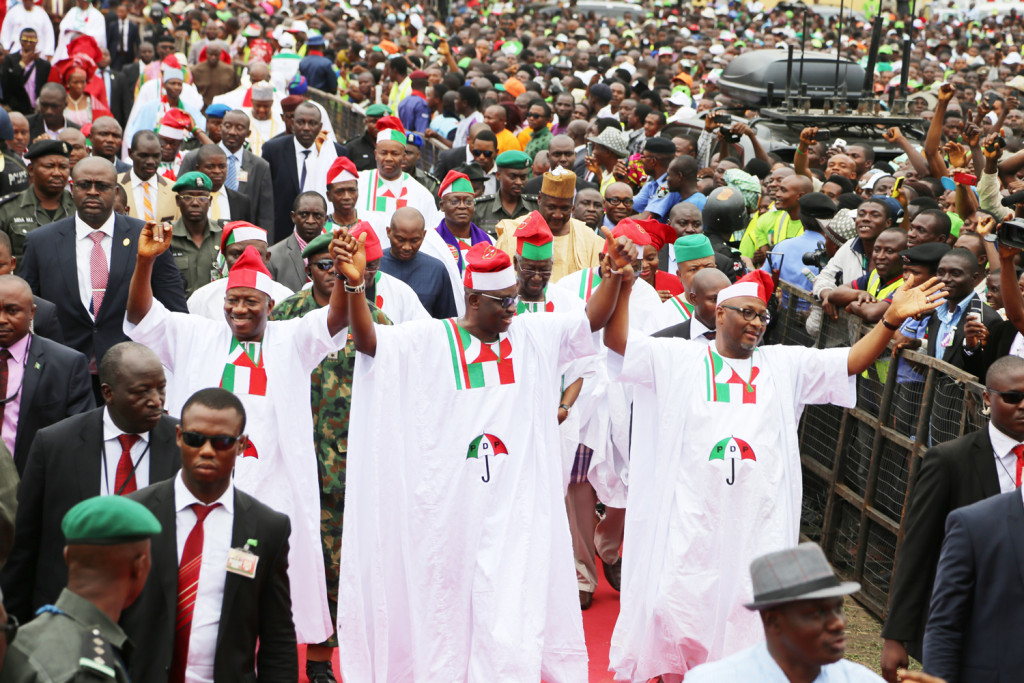 Governor Ayodele Fayose of Ekiti State has challenged All Progressives Congress –APC, Presidential candidate in next month’s election, Gen. Muhammadu Buhari to make public his certificate for Nigerians to trust him.

Speaking on Tuesday during President Goodluck Jonathan’s reelection campaign in Ekiti, Fayose told a mammoth crowd at the rally to reject any president without sound education and health.

Fayose flaunted his own certificate at the campaign in an apparent response to claims that the Ekiti State Governor did not attend any school.

The governor also dismissed claims that Gen. Buhari is a Northern candidate, adding that the former military Head of State was hand picked by APC chieftain Bola Tinubu.

“Buhari is the candidate of Ahmed Bola Tinubu and not the candidate of the North as being claimed by APC. Anybody who wants to rule must have the requirement. Let Gen. Buhari flaunt his certificates. They want to force a weak president on Nigeria, so that they can corner us the way they are cornering Lagos State.

“Minority must be given freedom in Nigeria. They have to be given recognition and that is why Jonathan must complete his eight years. You know when the Niger Delta people strike, you can imagine the effects on the economy of the country,” Fayose pointed out,’’ Fayose added.