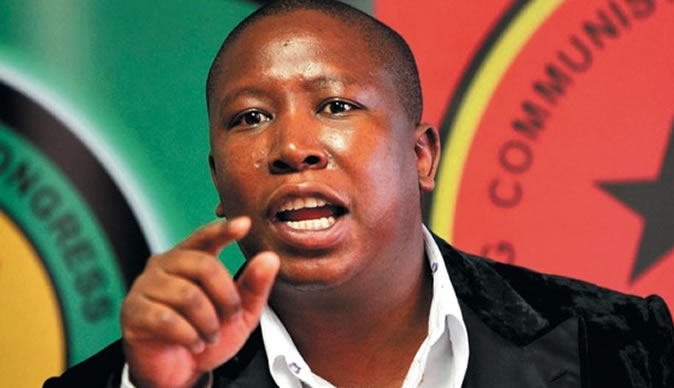 President Goodluck Jonathan’s condemnation of the terrorist attack in France has been described as ‘’irresponsible’’ by a South African Youth leader and Federal Lawmaker, Julius Malema.

Mr. Malema criticised President Jonathan for his quick condemnations of the terrorist attack on a newspaper in Paris, when according to the South African, the Nigerian leaser has remained silent on the bloodbath in Baga, a troubled town in his own country.

The youth leader said the South African National Assembly will consider a motion on a possible intervention in the bloody attack by the extremist group.

He said: “Eh Goodlook, or Goodluck or whatever his name is or badluck I don’t know … He is quick to release statement about the killing in Paris; but doesn’t say anything about the killings in his own country. That’s an irresponsible leadership.”

“We are really saddened by what is happening in Nigeria. It is highly disturbing.”

“And we need South African Government to intervene and we will be raising the matter in the Parliament,’’ the youth leader said.