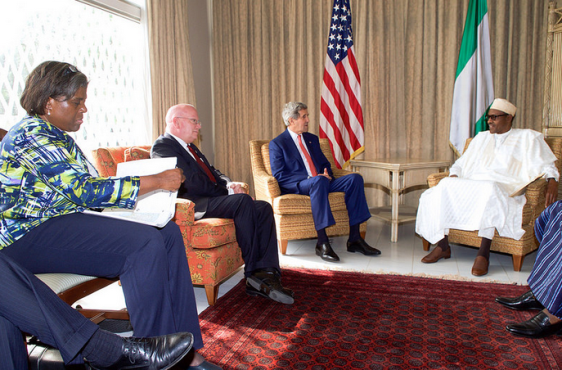 United States Secretary of State John Kerry says Nigeria cannot afford to get it wrong during next month’s general elections.

Kerry, who met President Goodluck Jonathan at the State House, Marina, Lagos on Sunday said the international community is watching as the country continues to fight the war against terrorism even as the elections dates are approaching.

“It is absolutely critical that this election can be conducted peacefully. The international community is paying very close attention to this election,” he said.

The U. S Secretary of State also said that the United States is ready to help Nigeria defeat the insurgency.

“We will continue absolutely to support the military in this fight. Boko Haram continues to kill scores of innocent civilians,”

Kerry also met with the Presidential candidate of the All Progressives Congress -APC, Muhammadu Buhari.

He urged the two presidential candidates to prevent their supporters from resorting to violence during the polls.