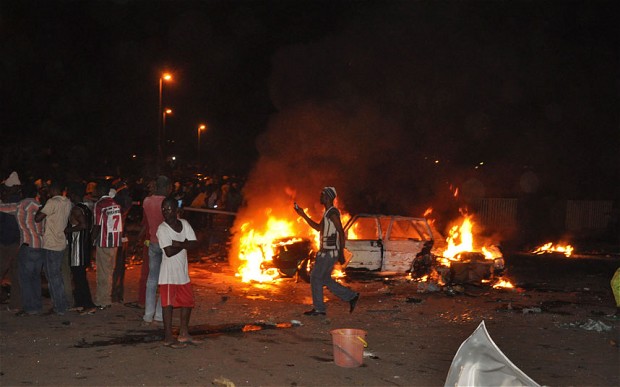 Scene of a recent attack in Nigeria

More than twenty people were also seriously injured following the explosion, which was reportedly targeted at a military in that area.

Reports say most of the victims were boys begging for alms who were getting ready for prayers at the time.

Locals are pointing fingers at a girl was seen loitering around the area before.

No group has claimed responsibility for the attack yet.