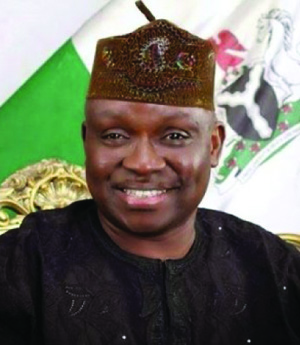 The opposition party said it traced the circulation of the letterhead paper conveying the purported medical report’s post on a social media platform and discovered that the information emanated from the Facebook account of an unnamed Governor Ayo Fayose’s aides.

A statement from the Directorate of Media and Publicity of the campaign on Sunday said it was ridiculous for the PDP to go to such extent in an attempt to avoid defeat in the February elections.

“It is noteworthy that the authorities at the Ahmad Bello University Teaching Hospital -ABUTH, have given a clean bill on General Buhari’s health status,’’ the statement said.

“It is also noteworthy for Nigerians to understand that the PDP will stop at nothing to cast aspersion on the person of General Buhari.

“We knew that the PDP would become unbridled at a point in its desperation to avert the defeat coming its way in the count down to the February 14 presidential election, but to anticipate that the PDP would go as dirty as spreading falsehood on an individual’s state of health could not have been imaginable.

Similarly, Gen. Buhari has laughed off allegation of financial misappropriation during his tenure at the defunct Petroleum Trust Fund –PTF.

The APC presidential candidate, who debunked all allegations of corruption against him, noted that he had received a clean bill from former president, Olusegun Obasanjo after being investigate by the retired General who also ruled the country under PDP’s umbrella.