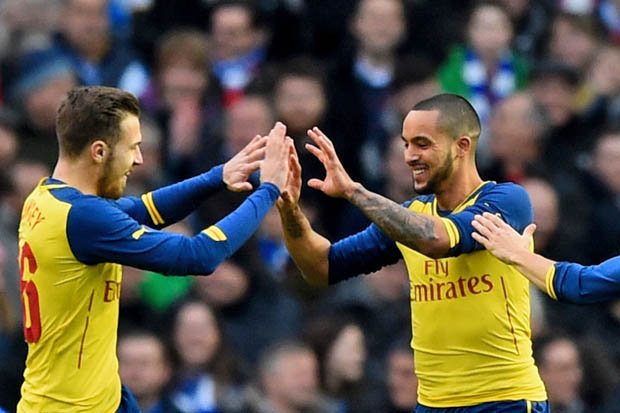 Defending champions Arsenal reached the FA Cup fifth round after beating a spirited Brighton side 3-2 at the Amex Stadium.

It was all set up, as the Gunners traveled down to the south coast for the defending champions to keep the romance going a little longer.

But, unlike City, Chelsea and Southampton, the Gunners managed to secure victory at the Amex Stadium after a nervy second half.

Theo Walcott gave Arsenal the lead after just two minutes with a wonderful finish from the edge of the box.

Mesut Ozil then scored on his return from injury before Chris O’Grady struck for the hosts.