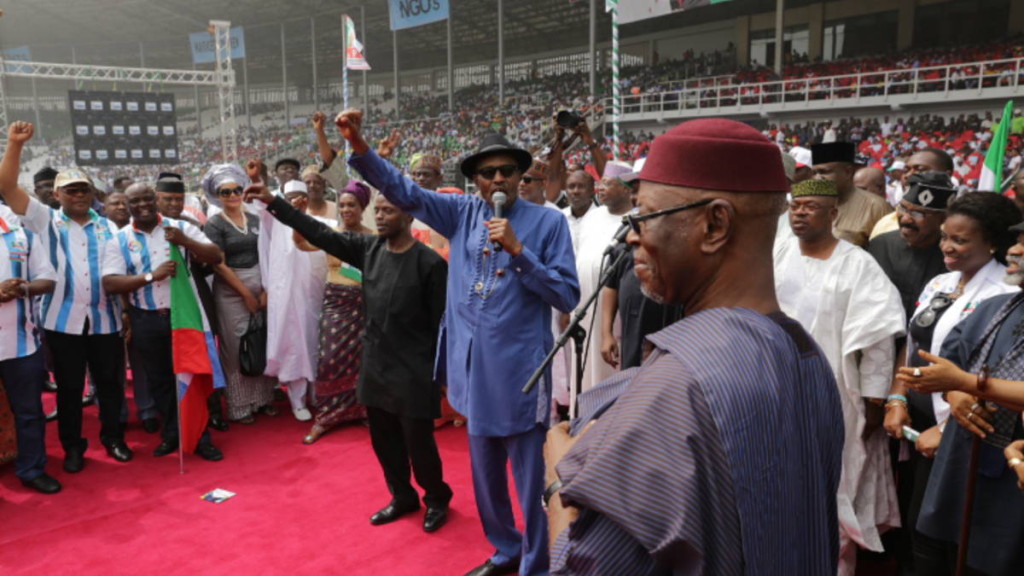 The presidential candidate of the All Progressives Congress –APC, Gen. Muhammadu Buhari Tuesday flagged off his campaign for next month’s presidential election

Buhari promised to fight and defeat the menace of Boko Haram and corruption, the two greatest challenges facing the country, as described by the APC Presidential candidate while speaking with party loyalists at the Adokiye Amesiemeka Sports Complex, Port Harcourt.

The former military Head of State also assured the mammoth crowd at the campaign rally, that he would revive the country’s economy. 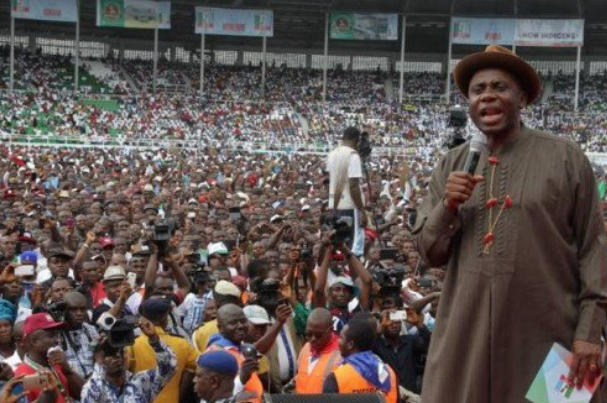 “The major problems we are facing in Nigeria today is the problem of the economy and insecurity. We have arranged competent hands to manage the economy once we come on board on May 29, 2015,’’ Buhari said.

He therefore, urged Nigerians to collect their permanent voter cards and defend their votes on February 14.

The Rivers State chapter of the party also introduced Dakuku Peterside as APC governorship candidate in the State.