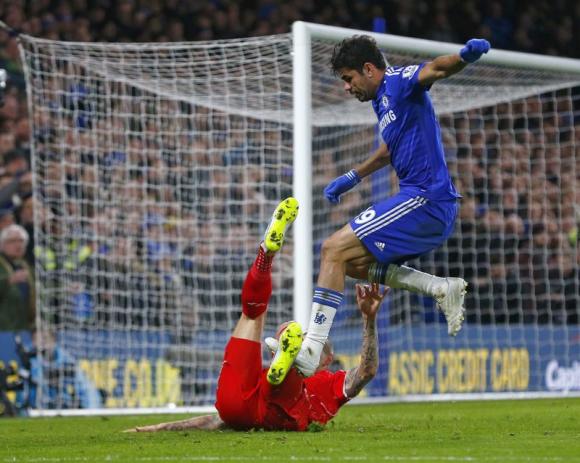 CHELSEA striker Diego Costa has been charged by the Football Association -FA, for allegedly stamping on Liverpool midfielder Emre Can.

The FA confirmed in a statement on the association’s website Tuesday that they had charged the 26-year-old following the incident at Stamford Bridge.

Part of the statement read: “Diego Costa has been charged by The FA for violent conduct following an on-field incident which was not seen by the match officials but caught on video.

The former Athletico Madrid has until 6:00pm on Thursday 29 January 2015 to respond to the charge.