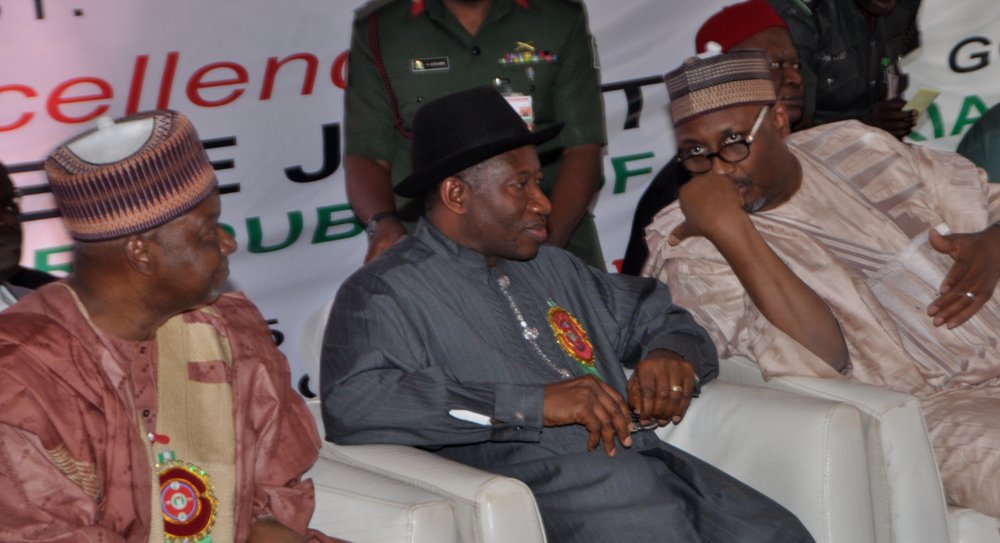 President Goodluck Jonathan urged members and supporters of the ruling Peoples Democratic Party –PDP, to prove to other political parties that they are ‘’democrats’’ in every sense of the word.

Speaking at the inauguration of Goodluck/Sambo 2015 Presidential Campaign Organisation in Abuja Tuesday, the president said PDP members should not join opposition supporters and campaigners “who are threatening fire and brimstone.’’

Jonathan told the party supporters to refrain from pulling down other political Party’s campaign posters.

He reemphasized his commitment to ensuring credible, fair and violent free elections next month, saying that that was his primary objective.

‘’I have repeatedly promised Nigerians and the international community that as much as it lies within our powers, the coming general elections will be free, fair, credible and violence-free,’’ he said

“I made that pledge with all seriousness and I fully intend to fulfill it. As agents of the ruling party, all eyes will be on you during the campaign and elections. I, therefore, expect nothing but the highest standards of exemplary conduct from you as your worthy contribution to the fulfillment of our pledge of peaceful and successful elections.’’