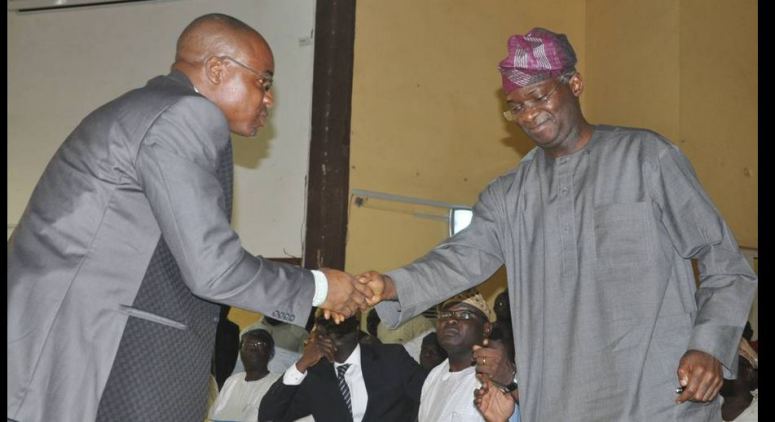 The governor disclosed during the swearing-in at Alausa on Monday , that the delay in conducting the council election was due to the inability of the Independent National Electoral Commission –INEC, to complete the process of compiling voters’ register on schedule.

Mr. Fashola said the need to continue rendering service at the Local Government level prompted the inauguration of the executives.

‘’I have found it necessary to continue the delivery of service at the local council level and this is why I have decided to inaugurate the executive secretaries who will serve in a transitional capacity till the end of March, hoping that by then, all would have been sorted out with the voters’ register, and then we go to the elections to elect officers into all levels in the local council structure,’’ He said.

The party has described the action as ‘’unconstitutional’’.

Responding through its spokesman, Taofik Gani, the PDP said the swearing in of the 57 local councils was a ploy to rig next month’s governorship elections.