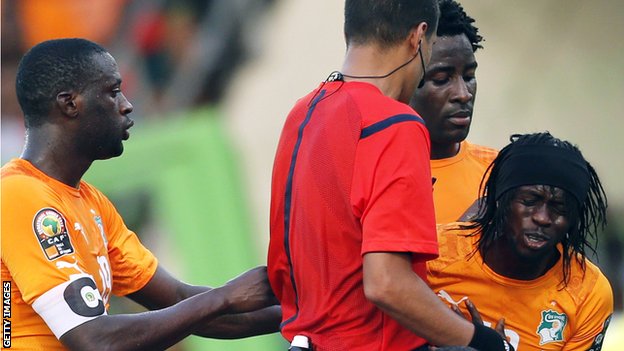 Mohamed Yattara opened the scoring for Guinea in the first half when he fired into the roof of the net from inside the 18-yard box.

As the second half got underway it looked like a shock might have been on the cards, and that become even more plausible when a red mist descended on Gervinho. The former Arsenal player lost his cool,hitting Naby Keita in the face then reacting wildly to the resultant red card, falling to the pitch and slamming his arms on the ground.

His blushes were spared though, when Seydou Doumbia came from the bench to rescue a point for the Elephants.

It would be recalled that Guinea qualified for this year’s tournament, despite not being able to play matches at home because of the Ebola crisis in their country.