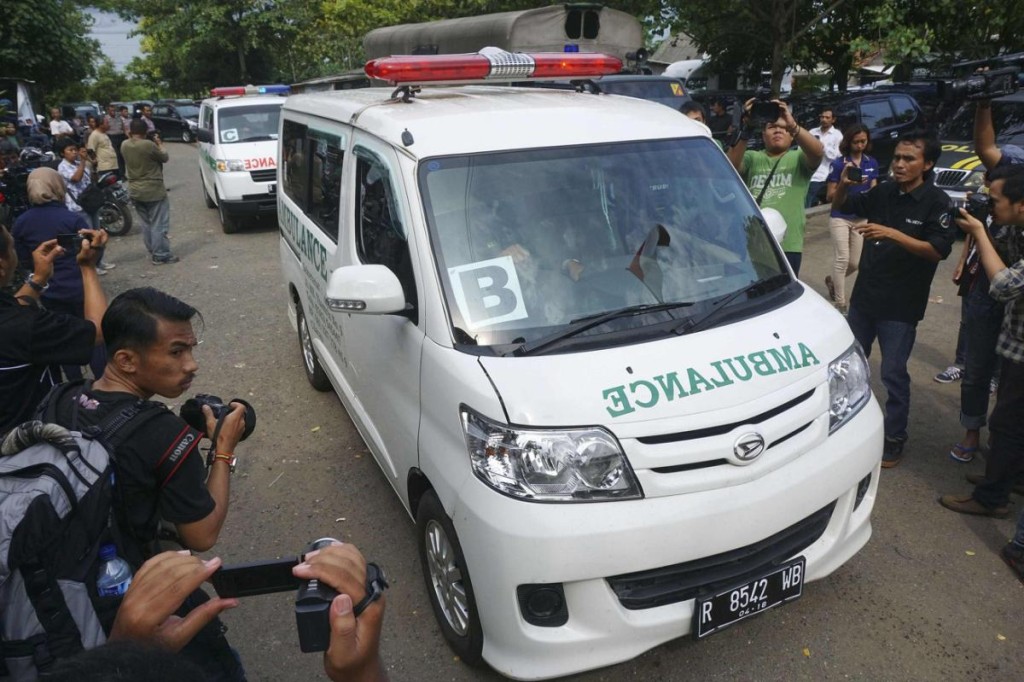 Ambulances carrying the body of drug convicts upon arrival from Nusakambangan island where their executions were held, at Wijayapura port in Cilacap, Central Java, Indonesia, Sunday, Jan. 18, 2015.

A 38-year-old Nigerian, Daniel Enemuo and five others have been executed by firing squad in Indonesia after they were convicted on drug charges.

The spokesman for the Indonesian Attorney General’s office, Tony Spontana, who made the announcement public, also named another African, Namaona Denis of Malawi as one of the five foreigners executed on Sunday.

Others were from the Netherland, Brazil and Vietnam.

The sixth, an Indonesian woman identified as Rani Andriani, was also killed.

Five of the convicts were killed on Nusakambangan Island, off the south coast of the Indonesian island of Java, while the sixth was executed in Java’s Boyolali district.

Attorney General Muhammad Prasetyo said: “What we do is merely aimed at protecting our nation from the danger of drugs.’’

“There is no excuse for drug dealers, and hopefully this will have a deterrent effect,” Prasetyo noted.

Similarly, the Dutch government had appealed for its citizen Ang Kiem Soei.

Meanwhile, President Widodo has defended the killings, saying that the judicial proceedings had followed Indonesian law.