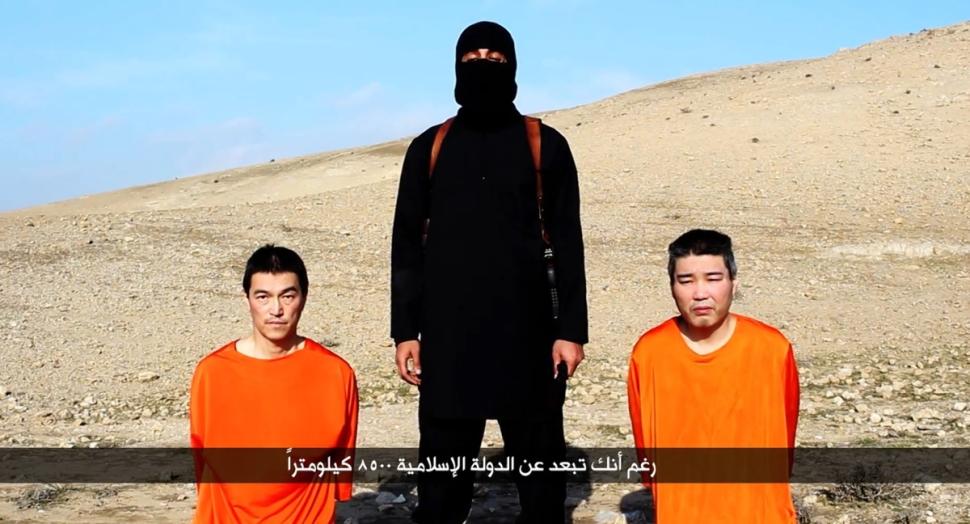 The Islamic State group has threatened to kill two Japanese hostages unless they get a $200 million ransom in the next 72 hours.

The group purportedly posted a video, called ‘’A message to the government and people of Japan,’’ has been identified as being made by the Islamic State group’s al-Furqan media arm and was posted on militant websites associated with the extremist group on Tuesday.

The video shows a black-clad, masked British-accented man standing between two hostages in orange jumpsuits who are identified in captions as Kenji Goto Jogo and Haruna Yukawa.

Officials from Japan’s Foreign Ministry’s anti-terrorism section confirmed that the department has seen the video and that analysts are assessing it.

In the video, the militant says the Japanese government has made the “foolish” decision to provide $200 million to fight the Islamic State. A U.S.-led coalition is waging a military campaign against the group in Syria and Iraq.

The militant says the Japanese public have 72 hours to pressure their government to pay the $200 million to save the hostages’ lives.