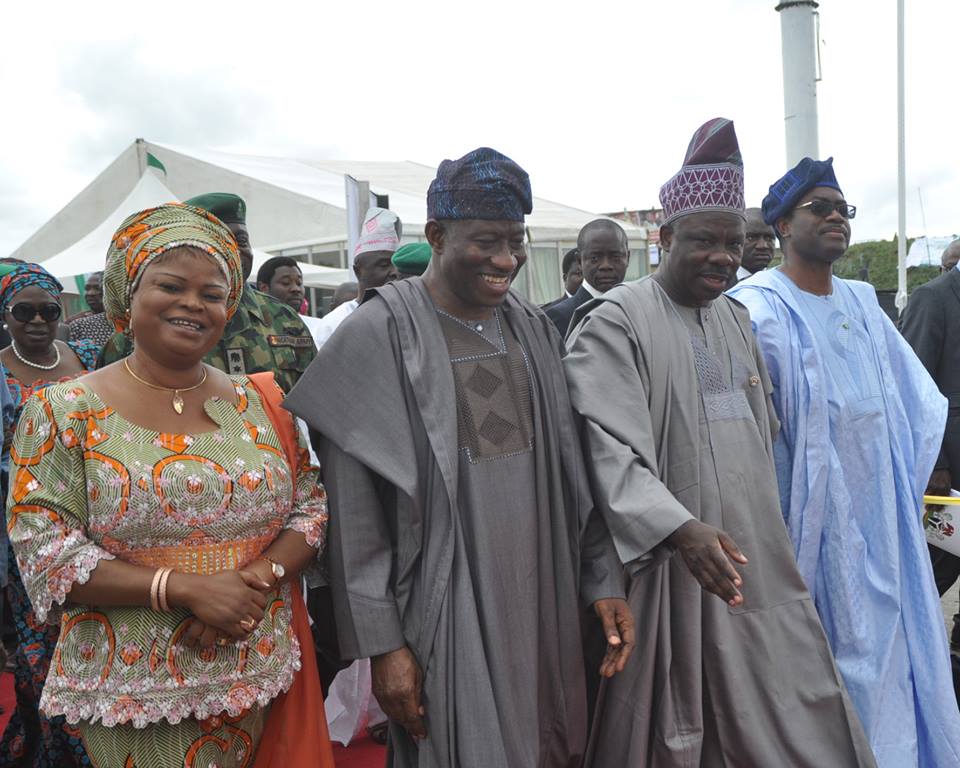 President Goodluck Jonathan has criticized calls, especially by All Progressives Congress –APC, to scrap the office of the First Lady.

APC Presidential candidate, Gen. Mohuhammadu Buhari has described the office as unnecessary and promised to scrap it if he is voted as next leader of the country.

However, President Jonathan told a crowd at the Peoples Democratic Party campaign in Abeokuta on Thursday that he would retain various offices occupied by wives of political office holders.

Jonathan, who is seeking re-election as President in next month’s elections told PDP loyalist at the at the MKO Abiola International Stadium, venue of the campaign rally, that funds used to run such offices were not from the government.

He argued that offices such as those of the first ladies are funded through partnership with Non-Governmental Organisations –NGOs.

The PDP Presidential candidate also promised to create a minimum of two million jobs across the country if he is re-elected.

He boasted of his administration’s establishment of fourteen additional universities in the country and promised to improve infrastructure in the tertiary institutions.

“Many of the universities are now doing open heart surgeries as well as kidney transplanting in their medical sections due to our commitment to improving education.

Jonathan praised Amosun for attracting industries to the state and promised that the Federal Government would build on the good work in Ogun by ensuring that commercial agriculture is given priority if he is given another chance.

Meanwhile, the former Speaker of The House of Representatives, Dimeji Bankole was one prominent PDP member, whose presence was missing at the Abeokuta rally.

Bankole’s absence may be giving credence to peddling rumour that the former Speaker of the Federal House of Rep. is on the verge of dumping the ruling party.

There are consistent insinuations that Bankole is being tipped to representing the Labour Party –LP, in the state’s governorship elections.