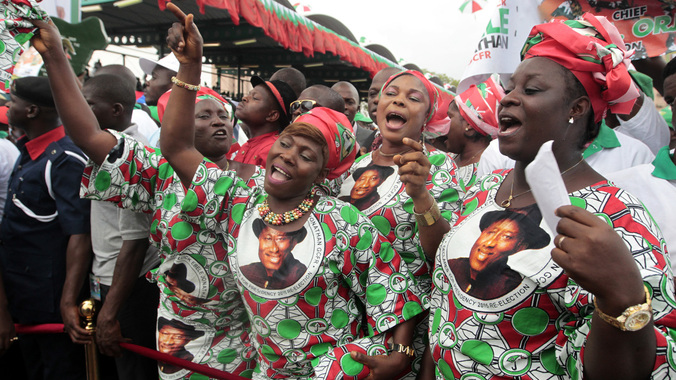 The Lagos chapter of the PDP will also present the party’s governorship candidat, Jimi Agbaje to the public at the Tafawa Balewa Square grounds, Onikan, venue of the campaign rally.

PDP South West governors, Ayo Fayose of Ekiti State and his counterpart, Olusegun Mimiko of Ondo as well as other top party officials from all over the country will be present at the occasion.

President Jonathan will seek the support of the people of Lagos state who voted for him en masse during the 2011 elections.

He is also expected to remind supporters and followers who will be present at the square of his achievements since the last elections.

However, the president will have to double his efforts to woo the people of Lagos, most of whom have expressed displeasure over the way the federal government has neglected the state.