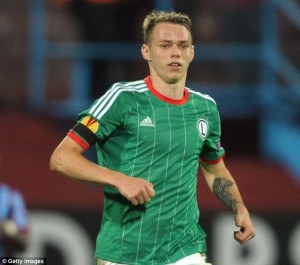 Arsenal are on the verge of making their first signing of the January transfer window as Legia Warsaw midfielder Krystian Bielik is expected to undergo a medical at the Gunners’ London Colney training ground Friday afternoon.

In a statement on Legia’s official website, the Polish Under-17 international confirmed he was leaving the club and claimed he was heading to London to fulfill a dream.

“I’m going to London to fulfill my dreams.

“I hope I will become an Arsenal player soon,’’ Bielik said.

However, Arsene Wenger’s hope of bringing another midfield enforcer, Grzegorz Krychowiak to the Emirates has suffered a set back, as the £18m move from Sevilla is being blocked by the Spanish club.

Krychowiak’s agent has shot down talk that his client will be joining Arsenal.

Reports suggest the Inter will consider selling the Argentina international if they fail to qualify for the Champions League. 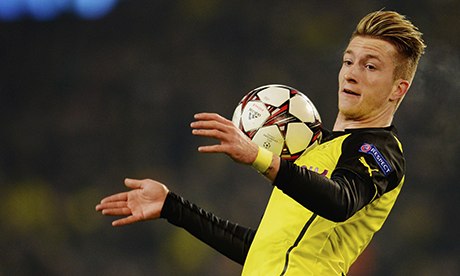 Arsenal, Chelsea, Liverpool and Manchester United are keen on the Germany international but they look set to be snubbed.

Reports from Spain say Reus has agreed to sign a five-year contract with the Champions League holders worth £26m.

Meanwhile, Liverpool have added to their squad by recalling Nigerian born Jordon Ibe from his loan spell at Derby.

The winger was on a season-long loan deal at the iPro Stadium and he impressed with five goals in 24 appearances.

Reds boss Brendan Rodgers decided to trigger a break clause to bring Ibe back to Anfield.

Rodgers has also confirmed that Liverpool are in discussions to bring Divock Origi back from Lille.

The Reds are also planning to bring Divock Origi back from Lille.