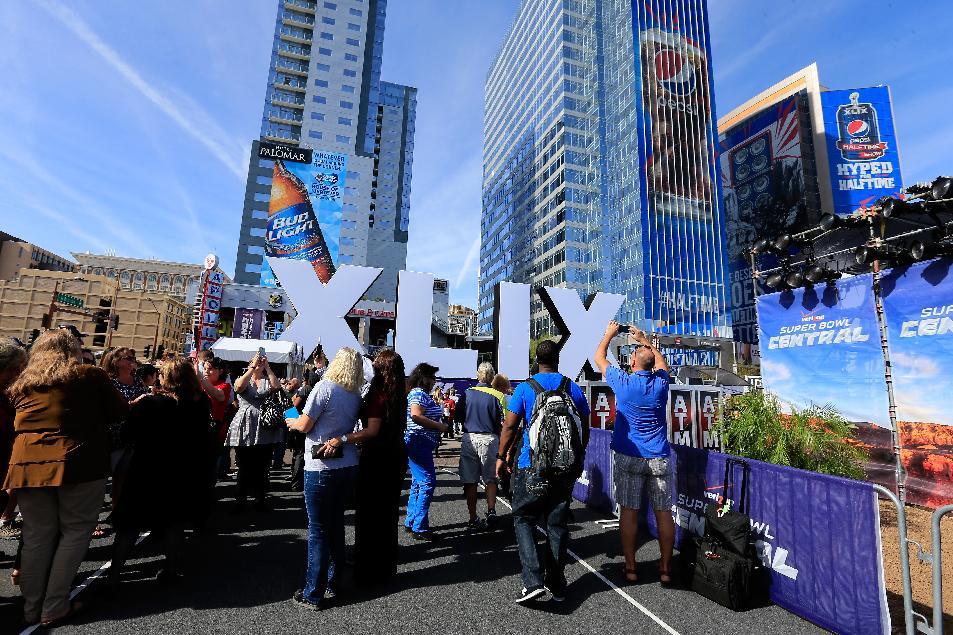 People admiring the logo for this Super Bowl XLIX In Phoenix, Arizona

THE State of Arizona has warned that over 1,000 people may have been exposed to a measles outbreak as the state’s capital, Phoenix welcomes visitors for this weekend’s finale to the American football season, the Super Bowl.

Arizona’s Department of Health has recommended that any unvaccinated child or adult who had been in contact with infected people to spend 21 days in isolation at home to curb the risk of spreading the virus.

Anyone deemed at risk of infection has been offered doses of immune globulin, which can only reduce symptoms if administered within six days, but not cure the disease.

Arizona Department of Health Services Director, Will Humble said in a statement that the outbreak was in a critical point.

“If the public health system and medical community are able to identify every single susceptible case and get them into isolation, we have a chance of stopping this outbreak here, Humble said.

Over one million people, many of them from outside the state, are estimated to throng the complex of attractions on Sunday’s biggest event on the American sporting calendar.

This year’s showdown is between Super Bowl is featuring the Seattle Seahawks and New England Patriots.