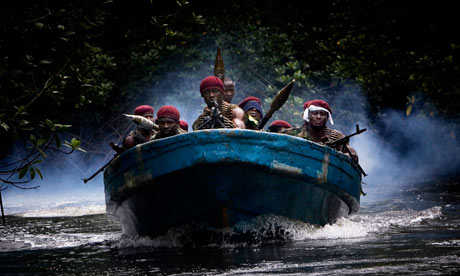 The Movement for the Emancipation of the Niger Delta -MEND, has declared its support for the All Progressives Congress -APC, Presidential candidate in the February election, Gen. Muhammadu Buhari.

The group made its stand known through a statement signed by spokesperson, Jomo Gbomo on Tuesday.

According to the statement, MEND’s decided to throw its weight behind the former Head of State following allegations of corrupt practices by President Goodluck Jonathan.

MEND further attacked Jonathan’s personality, saying the president could not be trusted.

It sighted the President’s failure to declare his assets as one of the reasons Nigerians should not trust him with their votes.

“This is a president that told Nigerians to their faces that he does not ‘give a damn’ when asked to declare his assets. A requirement that is constitutional on assuming the office of the President,” the statement read.

“President Jonathan, since assuming office, has setup countless committees but none of the reports has ever been implemented. From the Nuhu Ribadu report to the KPMG and Fuel Subsidy reports, just to mention a few.

“How can Nigerians expect a highly corrupt person like Goodluck Jonathan to fight corruption when he believes that stealing is not corruption, as he shamelessly told the Nation,? Gbomo asked rhetorically.

The Niger-Delta based militant group applauded Gen. Buhari for his plan to scrap the office of the First Lady if elected president.

MEND described the office of the first lady as the ‘’irrelevant, fraudulent and unconstitutional.