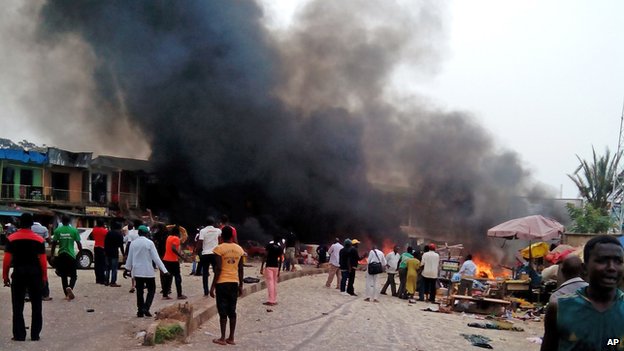 Attacks between Nigeria’s two leading political parties, the Peoples Democratic Party –PDP and All Progressives Party –APC, look unstoppable after properties belonging to the ruling PDP were burnt down in Gona village, Gombe State on Sunday.

The two parties have blamed each other for instigating the attack that escalated when the convoy of APC governorship candidate, Inuwa Yahya had a brief stop over in Gona on his way to Biliri for a scheduled campaign.

However, APC has denied the allegation, arguing that PDP supporters stopped their convoy on their way to the rally in Gona.

It would be recalled that there were two major attacks between members of the parties last week,

First, on Tuesday, APPC members were attacked and injured on their way to Gen. Muhammadu Buhari’s campaign inauguration in Port Harcourt by people purportedly representing the PDP.