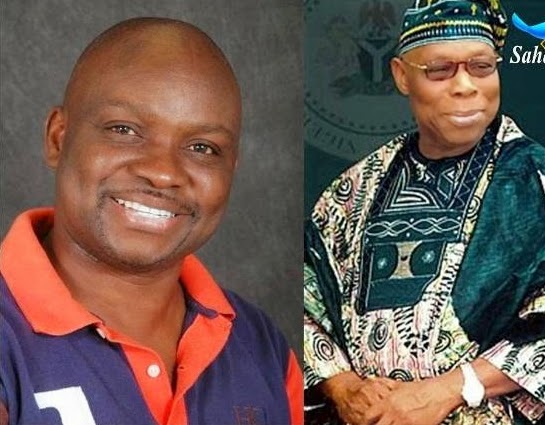 Reacting to Fayose to the advert, the former president described the Ekiti State governor as ‘’a celebrated hooligan,’’in his twitter –@SegunObasanjo.

Obasanjo said he has been vindicated for his past attack on Fayose, adding that the advert was enough to guide Nigerians on which political party to vote for in next month’s general elections.

Part of the message read: “Nigerians were critisising me when I called Ayo Fayose a bastard. I’m now fully convinced that a man that mocks our past heroes is a bastard.

“Ayo Fayose mocked the death of our great past heroes. This is too much of politics to play. I hope Nigerians now know the right camp to vote, he said.

“Ayo Fayose is nothing but a celebrated hooligan. His offensive advert should provoke and strengthen Nigerians to vote for change.

It would be recalled that APC chieftain in Kwara State, Alhaji Kawu Baraje, also criticized Fayose’s action, including the controversial advert, while asking security agents to question the Ekiti State governor.

The former acting National Chairman of the ruling Peoples Democratic Government –PDP, described governor Fayose as a tout, whom he said should have changed “his carelessness and irresponsible motor park attitude which is not expected of a governor.’’