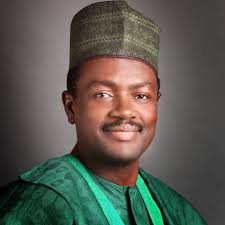 Former Minister of Information, Labaran Maku has been chosen as the Nasarawa State’s candidate of the All Progressives Grand Alliance –APGA, in this year’s governorship election.

Nasarawa State APGA chairman, Ifeanyi Amakor, who presented Maku to party executives on Saturday said the choice of the immediate past minister was in the best interest of the party and the people of the state.

Amakor noted that Maku has the pedigree to win the state governorship election on the platform of APGA.

He dismissed rumour going round that the party had favoured another candidate to represent it in the coming election.

‘’Let me tell you, we don’t have two candidates in the state, the only candidate we have is Maku,” Amakor said.

Ibrahim Abu was also presented to APGA supporters as Maku’s running mate at the occasion.