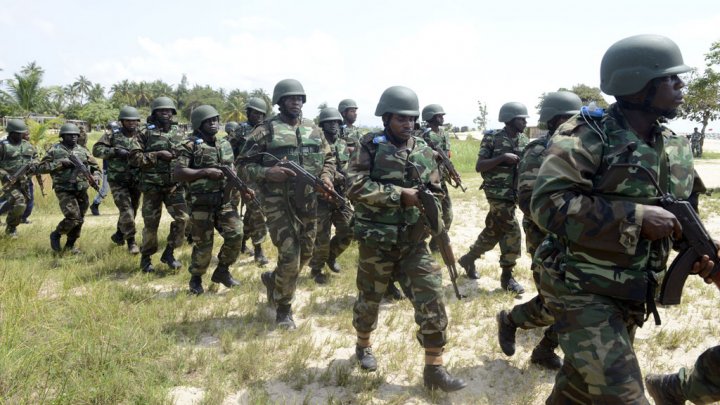 At least 30 militants have been killed and five captured after the Nigerian military repelled a potential attack by extremist group Boko Haram Wednesday.

According to Defence Headquarters, two anti-aircraft guns were also seized from the terrorists during the two-hour battle in Biu, Borno State.

The attack was aimed at the town’s military base.

“Troops in pursuit of fleeing terrorists as mopping up operation is ongoing. Five terrorists have so far been captured,” the Defence Headquarters said.

Reports say the insurgents arrived at the scene in two batches, with one group attacking the military after the other. They were said to have invaded the town with sophisticated weapons, driving military vans and motorcycles.