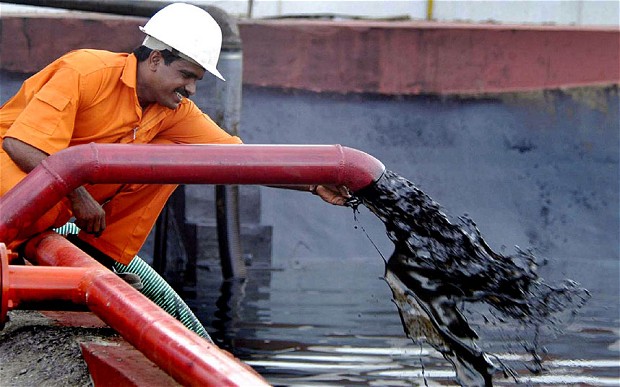 The Organization of the Petroleum Exporting Countries –OPEC, has issued a report that downgraded demand for its crude for 2015.

The report issued on Thursday, said that demand for OPEC crude would be 28.8 million barrels a day this year, 100,000 barrels a day less than it forecast in its previous monthly market report, in December.

According to the report, which was prepared by OPEC’s economists at its headquarters in Vienna, also said that demand for crude would average less than 28 million barrels a day in the first half of this year.

OPEC, a group of 12 oil-producing nations including Nigeria, with Saudi Arabia as the backbone, showed no sign of cutting production from the average of about 30 million barrels a day in 2014.

Its forecasts imply an oversupply of more than 2 million barrels a day in the first half of this year.

OPEC may be hoping to discourage investment in new deepwater projects in places like Brazil, Gabon and East Africa “that have high upfront capital costs and long lead times before the first barrel of oil is produced,” they wrote. Canadian oil sands projects and Mexico’s effort to bring in outside companies might also be hurt, they said.