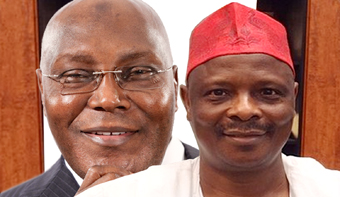 …Says Buhari is too Harsh And Old For Nigeria

This was made known by PDP National Secretary of the ruling party, Professor Wale Oladipupo during a chat with journalist at Ile-Ife, Osun State Friday.

Oladipupo disclosed that a reconciliation committee will meet former PDP members, including Atiku and Kano State Governnor, Rabiu Kwankwaso who have decamped to the All Progressive Congress –APC.

He affirmed that the return of the absconded members would ensure victory for President Goodluck Jonathan, who himself had appealed to all aggrieved PDP members to forget their grievances and come together to support the party last week.

Oladipupo expressed confidence that the committee set up by the National Working Committee would succeed in returning the former party members, wherever they are to rejoin the ruling party.

The PDP National Secretary also during the chat, described APC presidential candidate in the February election, General Mohammadu Buhari as being ‘’old.’’

Oladipupo said: “General Buhari is too old to rule Nigeria. He cannot be compared with President Jonathan. He is too strict and harsh for Nigerians, while Jonathan is meek, humble and dedicated to the cause of democracy and good governance.