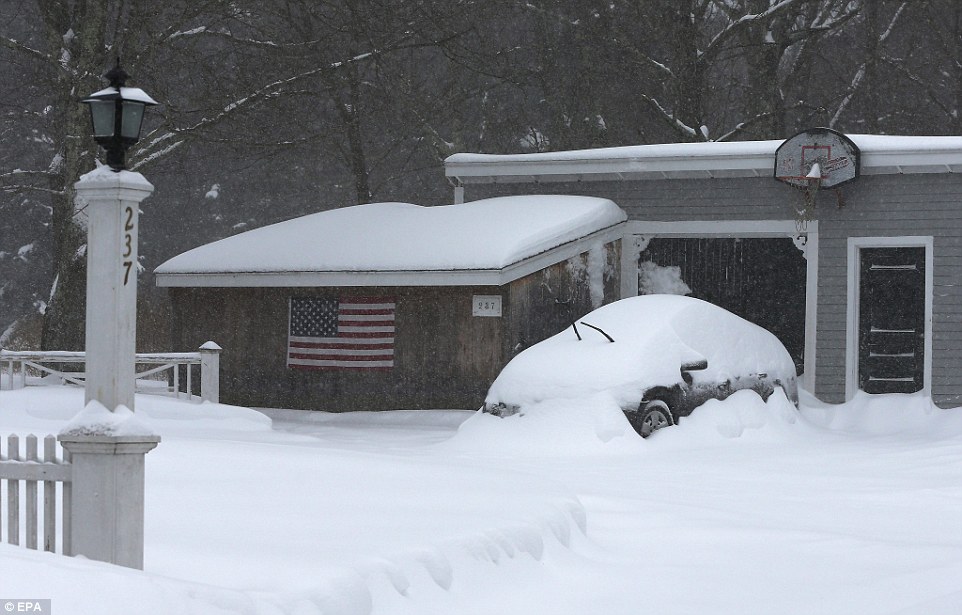 The blizzard heaped more than a foot of snow on areas of Connecticut, Maine, Massachusetts, New Hampshire, Rhode Island and New York state.

The worst hit state was Massachusetts, which endured up to a huge 30 inches of snow in the town of Framingham, with wind gusts topping 75mph.

In Boston, Juno dumped 18 inches of the white stuff on most streets, with 30mph overnight winds. In coastal areas of the state, flooding closed roads.

Elsewhere along the East Coast, it was a different story – such as New York City, where millions had hunkered down for the ‘historic’ blizzard.

Despite expectations, the storm system failed to live up to its hype – prompting many residents to criticize Mayor Bill de Blasio for his ‘over-reaction’.

Indeed, de Blasio had earlier banned cars in the city, closed a 60-mile stretch of the New York Thruway and halted buses, subways and trains.

The restrictions, backed by threats of arrests and fines of up to $500, had kept people at home and shut down even 24-hour businesses.

In contrast to New York City residents’ experiences of the blizzard, those on the Massachusetts island of Nantucket saw severe wind gusts of 78mph.

Coastal residents braced for a powerful storm surge and the possibility of damaging flooding and beach erosion, particularly on Cape Cod.

Maine and New Hampshire each declared a state of emergency and Government offices in both states were closed on Tuesday.

Meanwhile, cities in eastern Connecticut including Norwich and Groton accumulated more than a foot of snow overnight. Providence, Rhode Island, reported 10 inches of snow on Tuesday morning. And parts of Long Island also experienced a blizzard, with snow falling two inches per hour.

However, the forecast for New York City was changed to a winter storm. New Jersey was also removed from the official blizzard warning. 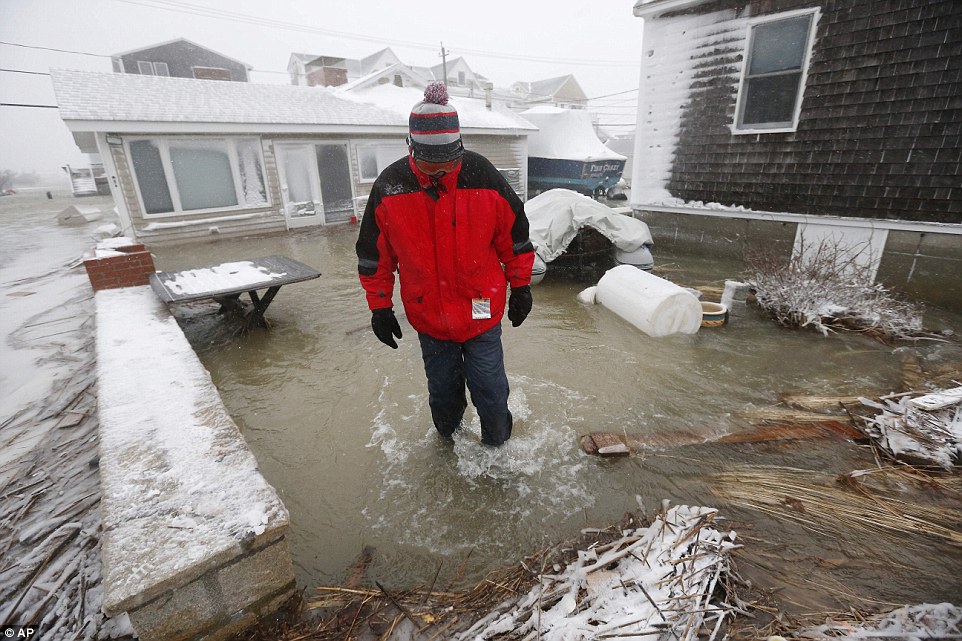 Universities, including Harvard and the Massachusetts Institute of Technology, canceled classes.

The brutal weather paralyzed the New York City metropolitan area, with a shutdown of all subway, bus and commuter rail services on Metro-North Railroad and Long Island Rail Road. It was the first time the city subway had been halted due to snow.

The biggest snowfall on record in New York City was during the storm of February 11-12, 2006, when 26.9 inches (68 cm) fell, according to the city’s Office of Emergency Management.