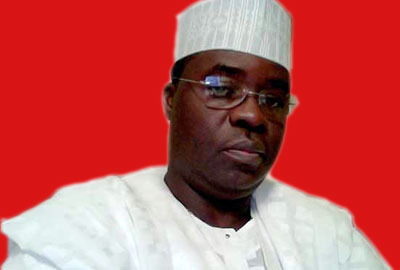 TEN political parties have come under one umbrella to condemn calls for the postponement of this month’s elections.

Coalition of Progressive Political Parties –COPP, as the group is known, alleged during a news conference in Abuja that some individuals who were part of those that scuffled the famous June 12, 1993 election have merged together to do the same thing for selfish interest.

National Chairman of Peoples Democratic Movement -PDM, Alhaji Bashir Yusuf Ibrahim, who spoke on behalf of the ten parties, said that the individuals are demanding that the elections be postponed because of the fear of losing power for the first time.

“We remember June 12, 1993, and the role played by these elements to scuttle Nigeria’s democracy and the chain of events which ensued. It is not surprising that the same characters are again at work,’’ Yusuf Ibrahim said.

“If Nigerians would look closely, they will realize these characters are still around and have coalesced in the same political party, which is now leading this charge to postpone the elections without credible and acceptable explanation other than the fear of losing power for the first time.

Jega is expected to brief the INEC officials on the outcome of Thursday’s National Council of State’s meeting.

Preparation and readiness level of the 36 states and the FCT, Abuja will also be on top of the meeting agenda, as those are the key factors that will determine INEC’s decision.

Governor Olusegun Mimiko of Ondo State had said after the National Council of State’s meeting in Abuja Thursday, that INEC had been told to consult with stakeholders and come out with a decision on the controversial proposed shift of elections date.

Jega, who did not make any comment after the Abuja meeting, is however, expected to make an official statement concerning the issue as soon as possible, as the presidential election is only a week from now.