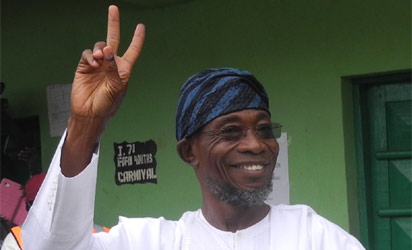 THE Osun State Electoral Tribunal has declared Governor Raufu Aregbesola of the All Progressives Congress –APC, as the winner of last year’s governorship election.

The declaration was made by Justice Elizabeth Ipejime at the high court in Osogbo on Friday.

Friday’s declaration has put an end to all controversies surrounding the keenly contested election.

It would be recalled that Omisore and his party, PDP, opted to challenge the result of the August 9, 2014 election at the tribunal.