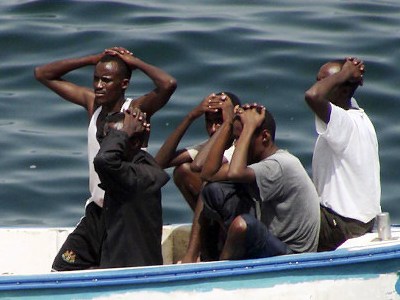 THE special squad of the Joint Task Force codenamed Operation Pulo Sheild has rescued a kidnapped victim and arrested sea pirates that attacked the troops a month ago.

Heavy arms and ammunitions were also seized during the operation, which led to the discovery and destroying of illegal refineries by the JTF.

Coordinator, Joint Media Campaign Centre, Lieutenant-Colonel Ado Isa, said the arms were recovered during an operation conducted by the 146 battalion of the task force.

He also announced the name of the kidnapped victim, who was rescued by the JTF as Julius Omeregie.

He said, Omeregie was kidnapped by unknown gunmen at Okhuaihie community in Uhumwode Local Government Area of Edo State.”