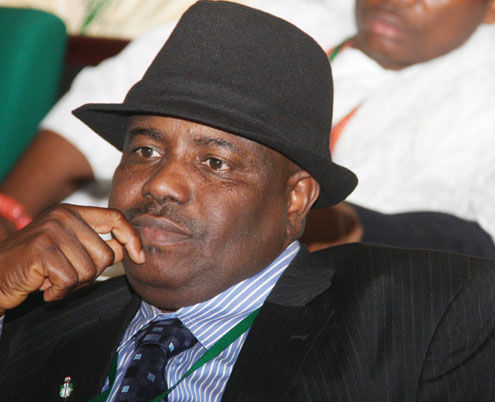 TWO lawyers have asked the court to restrain the House of Representatives Speaker, Aminu Tambuwal, from parading himself as Speaker.

The lawyers, Anthony Nwajiugo and Okechukwu Ebirim, told the Federal High, Lagos, on Monday that Tambuwal had lost the competence to remain as the Speaker after his defection from the People’s Democratic Party –PDP, to All Progressives Congress -APC.

In their explanation to the trial judge, Justice Ibrahim Buba, on their reason for filling the case in Lagos, and not the Federal Capital Territory, Abuja,where the defendant is based, one of the lawyers, Ebirim, who addressed the court, said the matter was a constitutional matter, which could be filed in the Lagos division of the court.

However, Justice Buba, in a brief ruling, transferred the matter to the Abuja Division of the court.

The judge also directed Nwajiugo and Ebirim tocontact the Chief Judge of the Federal High Court, Justice Ibrahim Auta, for further directive on when the matter would come up in Abuja.

Tambuwal defected to APC, due to the crisis within the PDP in his home state of Sokoto.