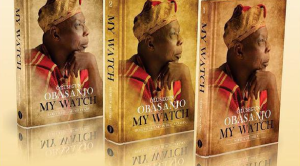 An Abuja High Court had found Obasanjo guilty of contempt for launching his autobiography ‘’My Watch’’ in defiance of its order, about two months ago.

It would be recalled that prominent member of the ruling Peoples Democratic Party -PDP, Buruji Kasahmu, approached the court for an order stopping Obasanjo from releasing the autobiography.

The former military Head of State released the book the previous day at the Country Club in Ikeja, Lagos.

Kashamu believes that the book discusses him in an adversarial manner. He therefore approached the court to initiate the contempt proceedings.

Justice Valentine Ashi gave Obasanjo 21 days to show cause why he should not be sanctioned for the alleged disobedience.