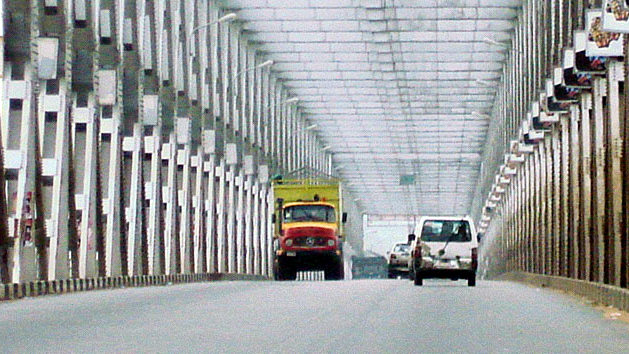 ATTEMPT to bomb the popular River Benue Bridge by suspected suicide bombers has been foiled.

The plan was uncovered following the discovery of 19 explosives waiting to be detonated in Adamawa on Friday.

The state police command said the bombs were ready to be detonated in strategic areas in Yola, the Adamawa State capital city, by suspected suicide bombers.

Adaji said that the insurgents planned to bomb the River Benue bridge , the bridge linking the state capital and the Modibbo Adama University of Technology, Yola and Mubi area.

The Commissioner of Police added that the bombs had the capacity of killing several people and bringing down a ten story building.