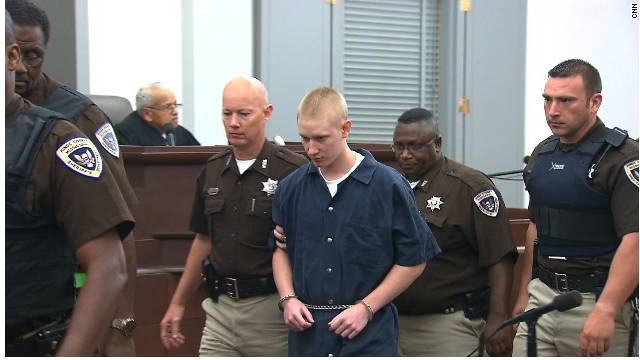 THREE white men have been sentenced to between seven and 50 years in prison in Mississippi after pleading to hate crimes that led to death of a black man.

Ten people have so far, been convicted in connection with the string of racially motivated attacks that sparked outrage in the state.

One of the three defendants, Deryl Dedmon, who drove the truck that ran over James Craig Anderson, killing him in a hotel parking lot in 2011 received a 50-year federal prison sentence.

Dedmon, 22 had previously been sentenced in state court to two life sentences.

Co-defendant John Rice, 21, was sentenced to 18-1/2 years in prison, while Dylan Butler, 23, received a seven-year sentence for his role in the attacks.

U.S. Attorney General, Eric Holder said in a statement that the sentences brought a fitting end to the case against the three men.

Holder said the defendants targeted African-American people they perceived as vulnerable for heinous and violent assaults.

Mississippi has struggled to overcome a long history of racism.