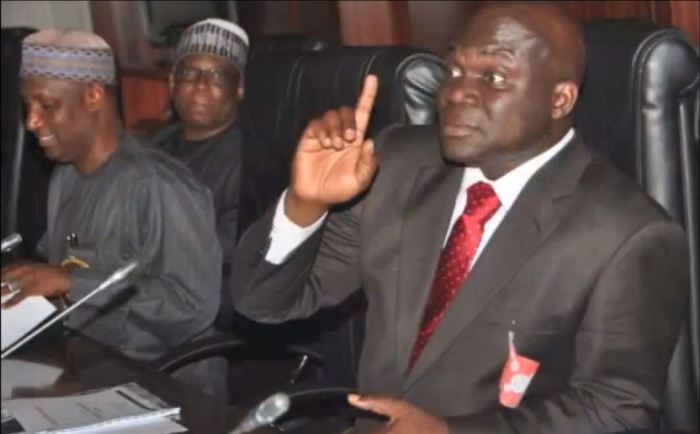 THE Presidency has described as ‘‘absurd and ridiculous’’ claim by former Lagos State Governor, Bola Tinubu, that President Goodluck Jonathan offered the All Progressives Congress’ national leader a chance to serve as Vice President in a proposed Interim National Government.

Tinubu had on Thursday attributed recent attacks on his person to his rejection of the purported offer by Jonathan.

In his response, President Jonathan through his Special Adviser on Media and Publicity, Dr. Reuben Abati, told journalists on Friday, that President Jonathan considered the idea of an interim government as treasonable, adding that there was no element of truth in Tinubu’s claim.

“If you de-construct the statement that purportedly emanated from the office of Asiwaju Tinubu, you will see again the absurd nature of it,’’ the statement read.

“The absolutely ridiculous nature of it in the sense that, given the configuration of Nigeria, it is not likely, totally impossible to have an ING arrangement in which you will have a southerner as the President and then another southerner as Vice President.

Abbati described Tinubu’s statement as APC’s ‘’usual game of deceiving the public’’ adding that it ING could not work in Nigeria at the moment ‘’given the nature of our politics.’’

The President’s spokesman therefore, appealed to Nigerians to dismiss Tinubu’s claim as “another gimmick coming from a desperate political group seeing that defeat is staring them in the face.”